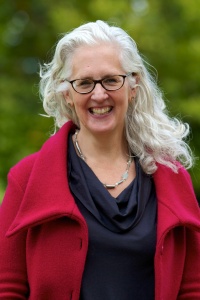 Kate Pullinger writes fiction across multiple platforms. . Her novel The Mistress of Nothing, won Canada’s 2009 Governor General’s Literary Award for Fiction. Her 2014 novel Landing Gear took the story first developed in Kate’s collaborative work of digital multimedia, Flight Paths: A Networked Novel (2007), co-created with Chris Joseph, and explores what happens to the characters Harriet and Yacub after he lands on her car in a supermarket car park. In 2014 with co-creator Neil Bartlett, Pullinger created the digital war memorial Letter to an Unknown Soldier. Commissioned to mark the centenary of outbreak of WW1, 22,000 people participated in the project. The British Library created a dataset of the letters and Pullinger co-edited a selection of the letters for a book of the same name. In 2015, Pullinger gave a TedX talk about this project. Her project Inanimate Alice has also won numerous prizes including, in 2016, Honourable Mention for the Robert Coover Prize, forInanimate Alice: Episode Six – The Last Gas Station. In 2013 Pullinger’s opera libretto ‘Dorian Grey’, based on Oscar Wilde’s novel and commissioned by Slovak National Theatre with the composer Lubica Cekovska, premiered in Bratislava, Slovakia. She is currently working on a serialised novel for smartphones, Jellybone, with the start-up oolipo.

Kate Pullinger is Professor of Creative Writing and Digital Media at Bath Spa University, England. She lives in London. 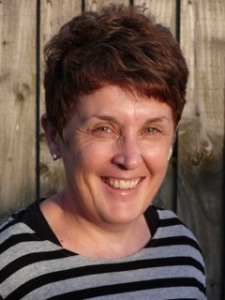 Bronwen Thomas is an Associate Professor at Bournemouth University, working on new media narratives and online participatory cultures.  She has published books on narrative theory and practice, fictional dialogue and real life stories, and is the author of several articles on contemporary fanfiction. She has experience of teaching creative writing and supervising practice-led research, and is currently working on a digital storytelling project which will capture the experiences of readers negotiating the transition from print to screen.  Originally from Llanelli in South Wales, Bronwen is a fluent Welsh speaker and retains a strong interest in contemporary Welsh culture.

Astrid Ensslin is a researcher in Digital Humanities at the University of Alberta, Canada, in particular digital culture and communication. Her current research revolves around electronic literature (esp. digital fiction) and literary computer games, and in the past she’s also looked into virtual worlds, language ideologies in the (new) media and specialised language corpora. She is a project partner for the ‘Reading Digital Fiction’ (AHRC) project, and Investigator on two other current projects: ‘Computer Gaming Across Cultures’ (British Council) and ‘Transformative thinking: Using digital fiction as a tool for improving body image‘ (Welsh Crucible). Her publications include Literary Gaming (MIT Press, 2014), Analyzing Digital Fiction (Routledge, 2013, co-edited with Alice Bell and Hans Kristian Rustad), The Language of Gaming (Palgrave, 2011) and Canonizing Hypertext (Continuum, 2007). She is the Principal Editor of Journal of Gaming and Virtual Worlds and Board member and International Chapter Officer of the Digital Games Research Association (DiGRA). For more information, go to her literary gaming blog or follow her on Twitter @AstridEnsslin. 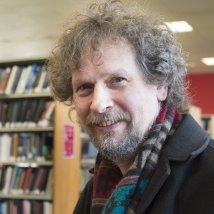 Dr. Eben J. Muse is a Senior Lecturer in Digital Media, Head of School of Creative Studies and Media, and editor of the Journal of Gaming and Virtual Worlds. He studies the disruptive innovations in the publishing industry and book trade that have come about with the growing potential of digital technologies. He is interested in the ways these technologies are redefining one of our most fundamental tools for knowledge collection, development and sharing: the book. As the son of a book dealer, he has watched the dramatic alterations in the book retail world unfold with the growth of digital and network technologies and cultures. Eben works with book dealers and publishers, particularly in Wales and New England, to understand of how these technologies can be used, not just to stream-line existing practices but also to develop new ways of adding value to the fundamental book. He applies his work on complexity, spatiality, virtual worlds and temporal space to understand the ways that the space of the book and bookselling evolves. 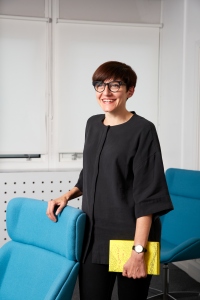 Alice Bell is a Reader at Sheffield Hallam University. Her research interests are stylistics, narratology (particularly possible worlds theory) and digital literature. She is particularly interested in the use of the second-person in digital fiction and also in what are known as ‘unnatural narratives’ which are (print and digital) texts that present physically or logically impossible scenarios or events. She is a member of the AHRC-funded Digital Reading Network which aims to provide new approaches and insights into digital reading practices (PI: Dr Bronwen Thomas, Bournemouth University). She was Principal Investigator for the Digital Fiction International Network (funded by The Leverhulme Trust from Jan-Dec 2009), an international research collaboration aimed at providing an arena for scholars to work together on integral theoretical and analytical issues within digital fiction research. Her most recent publication is a collection of essays with Dr Astrid Ensslin (Bangor University) and Dr Hans Rustad (Hedmark University) entitled Analyzing Digital Fiction (Routledge 2014) which offers a range of narratological, stylistic and semiotic approaches for the analysis of digital fiction. For more information, please go to her institutional homepage, or follow her on Twitter @AliceBellTweets. 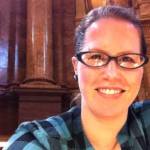 Lyle Skains is a digital writer/researcher at Bangor University, Wales, examining Creative Writing and Digital Media. Her primary research interest is in how digital composition and digital devices affect the writer’s process and the narratives we experience through digital means. Her current research centers on the use of the hyperlink in e-books, as well as hybrid publishing in both academic and creative work through the developing Wonderbox project. Previous projects include the digital novel Færwhile, as well as several published short stories. She worked with Astrid Ensslin on ‘Computer Gaming Across Cultures’ (British Council) and ‘Transformative thinking: Using digital fiction as a tool for improving body image’ (Welsh Crucible). She teaches workshops in Digital Writing and Digital Publishing, and in conducting Practice-based Research. Her recent publications include articles in Convergence, Qualitative Inquiry, and Participations. For more on Lyle and her work, visit her website and follow her on Twitter @lskains.